Kishan Deepak Palija, the enterprising chief executive officer of Geekay Group, started his career at 18 and has grown his company to the pinnacle of success. Geekay is one of the most reputable gaming entities in the Middle East, which operates independent profit centers in retail and distribution, respectively.

The success story began in the gaming industry with his hugely successful chain of retail stores called Geekay, whereby they operate 35 gaming stores across leading shopping malls in the G.C.C. Apart from the solid retail coverage, the group also represents some of the biggest brands as an official distributor for the MENA region. Kishan has also ventured into Esports, licensing, and runs a gaming agency providing a 360-degree approach to brands keen to grow in the region.

With Esports, Geekay has recruited talented players from across the region who they plan to train, develop, and prepare to compete on an international scale. His vision is to ensure the Middle East region is well represented worldwide.

Nimit Deepak Palija is the General Manager at Geekay Group MEA. Prior to this position he has worked extensively within the Sales and Marketing divisions. An avid gamer and gadget enthusiast, he is responsible for the group’s business development and sales. He also heads the marketing team and is responsible for overseeing GKD’s initiatives. The creative team designs advertisements and communications, which ensure that the MEA channel is kept informed about the groups marketing campaigns via relevant magazines, gaming websites, social media and the regional press.

Timir Rao joined GKD in March 2014. He brings with him over 5 years of experience in product management and sales in the video game industry in India, where he handled publishers like Electronic Arts (EA), Sony Computer Entertainment Europe (SCEE), Capcom, Tecmo Koei, Deep Silver and 505 Games. A hardcore gamer himself, he manages Supplier, Brand & Publisher relationships.

Sumit Kapoor joined the Geekay Group in 2016 after spending 13 years in various managerial roles in large organizations in the ME region. He oversees the finance function for the Group and its subsidiaries. He manages an experienced finance team with statutory accounting disciplines in place. 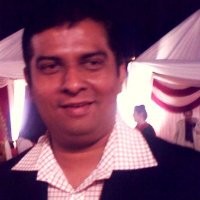 Shahzad Parkar joined Geekay Group in August 2015. He brings with him over 24 years of experience in the Video Game Industry. Currently handling MEA region Operations, during his gaming journey he has handled various roles from Sales, Product Management, Marketing to Operations has experienced all the roles and understands the business processes of total operation in this industry.

Joined the Geekay Group in 2015. He brings with him over 6 years of experience in product management and sales in the video game industry, where he handled Sony PlayStation, Microsoft Xbox, Razer and other gaming brands. A hardcore PC gamer and anime fan himself, he manages Buying and Vendor Relationships for the Retail division

Hitesh Nathani is the Head of Buying at Geekay Group MEA since July 2018, he brings with him over 14 years of professional experience with diverse knowledge in Procurement, Inventory Control, Retail Sales, Branding, Marketing and Visual Merchandising. A pop culture aficionado himself, he is responsible for procuring the character merchandise including Action Figures, Statues, Toys, Collectibles, Comic Books, Gifting & Novelty products offered under the Geek Nation brand.

Joined the Geekay Group in 2018. He brings with him over 12 years of experience in managing Logistics Operations in ME region with sound knowledge of warehousing, distribution, Import/Export and custom policy & procedures. He oversees Logistics operations and ensures proper co-ordination between Purchase, Sales and Logistics to achieve operational efficiencies.